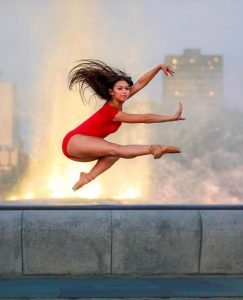 Autumn is a 17-year old senior at Morgantown High School (MHS) with a 4.2 GPA.  She is a member of the National Honors Society and is currently a West Virginia University Access student.  She serves as an anchor for the Mohigan Recap and is a member of the MHS Student Council.  This is her sixth season with Morgantown Performing Company (MPC) and has created works for the Young Choreographers Initiative for three years.  She has been a student at Morgantown Dance Studio (MDS) for almost 15 years and is studying multiple genres of dance.  She has served as student assistant in the Foundations Program for many years.

Autumn attended intensives on scholarships at Alonzo King Lines Ballet, Hubbard Street Dance Chicago, Peridance Capezio Center, Nashville Ballet, Joffrey Ballet, Indiana University, and University Summer Dance.  She attended intensives on full scholarships at Point Park University, West Virginia University, Joffrey, and Brenau University while serving as the program ambassador.  She had the privilege of performing excerpts of works by Kyle Abraham, Crystal Pite, Alonzo King and many other notable choreographers during intensive showings.  Autumn enjoys taking additional training through master classes and workshops offered locally by notable visiting artists as well as online offerings through Peridance Connect and by Jacob’s Pillow.  She participated in the annual Dance WV Festival and Mid-Atlantic Dance Initiative where she was awarded several scholarships.  She also attended the annual WV Dance Festival in Charleston and performed in MDS and MPC pieces for four years.  In 2019, Autumn was awarded the prestigious Jerry Rose Scholarship of Excellence by the WV Department of Arts, Culture, and History for her contemporary solo performance entitled “Effervescent”.

Autumn has performed in multiple productions by MDS and MPC and will be performing as Arabian soloist and Toffee soloist in this season’s The Nutcracker. Some of her favorite performances are dancing in the lead role of “Gerda” in The Snow Queen, Lead Crow in The Wizard of Oz, and Sugar Rum in The Jazz Nutcracker.

Aside from dancing, Autumn loves to paint and draw and received state and regional recognition for some of her works.  She was the recipient of the “Golden Apple” award by the National Society Daughters of the American Revolution.  She also enjoys volunteering in local events and programs, one of which was participating in the Mohigan Idol contest performing in a trio contemporary piece to raise funds for the Children’s Hospital.  During her free time, Autumn loves spending time with family and friends. 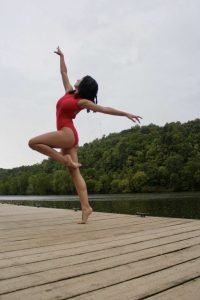 Layla is a 16 year old junior at Morgantown High School. She began dancing at the age of three and has been with Morgantown Dance Studio for five years. This is Layla’s second year as a member of Morgantown Ballet Company and her first year as a student assistant for the MDS Foundations program. She has enjoyed performing in past productions of Nutcracker, Jazz Nutcracker, Snow White, Peter Pan, Snow Queen, Cinderella, Wizard of Oz and Alice in Wonderland. She has performed in Gathering Momentum at The West Virginia State Festival and will be performing again this year in the Studio Piece for MBC. In 2018 Layla attended the Nashville Ballet Summer Intensive. In 2019 she was awarded partial scholarship for Brenau University 2019 Summer Intensive at Jackson’s Mill Dance Festival. 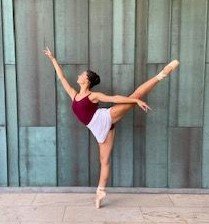 Sydnie Zvolenski is a fifteen year old, 4.0 GPA tenth grader from Masontown, PA. Sydnie began dancing at the age of three and has been a student of Morgantown Dance Studio (MDS) for the last seven years. During her time at MDS, Sydnie has danced in a variety of shows and roles including Lead Arabian and Lead Elf in Jazz Nutcracker, Snow White in Snow White and many more. Sydnie is thrilled to be performing the roles of the Ribbon Candy Soloist, Dew Drop, and an Ice Princess in the December 2021production of The Nutcracker.

Sydnie studies all genres of dance and seeks additional training from Francisco Gella Dance Works and Steps on Broadway.

Sydnie is honored to be part of the Morgantown Ballet Company.

In addition to dance, Sydnie also studies voice and piano and is a graduate of the Barbizon the Edge modeling and acting program. Sydnie has participated in a variety of theater programs including Camp Broadway, Broadway Collective, A Class Act NY and Destination Broadway. She has played roles in stage shows such as The Dreamcatcher,

Willy Wonka Jr., and R.M.S. Titanic.  Sydnie also served as a youth advisory board member for the Pittsburgh Cultural Trust. 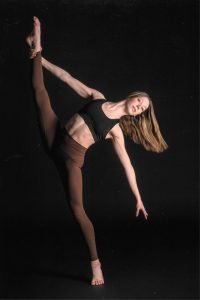 Rainbow Cottrell is a 15-year old, 9th grader at University High School. She has been dancing for 13 years, and this is her second year with the Morgantown Ballet Company. She attended Dance WV for the first time in October of 2019. During her time at Morgantown Dance Company, she has participated in the productions of The Nutcracker, The Jazz Nutcracker, Snow White, and The Snow Queen. 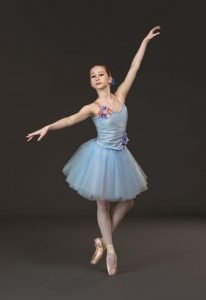 Keri Radonovich is a 14-year old, 9th grader at University High School. She recently moved to Morgantown from Pittsburgh, where she was a musical theatre major at Lincoln Park Performing Arts Charter School. Keri previously did competition dance and then moved to train at Pennsylvania Ballet Conservatory in 2019. Keri also trains in classical and contemporary voice and acting. She has performed in several plays and musicals, as well as in The Nutcracker and Don Quixote. Keri hopes to perform on Broadway some day. 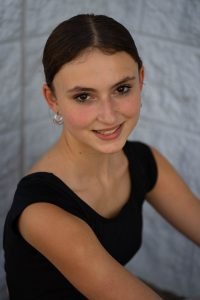 Morgan Yost is a 14 year old 8th grader at Mountaineer Middle School. She is a majorette in the school band. This is her third year in the company. Morgan began dancing at the age of 3 and has been dancing for almost 12 years now. She has attend the WV Dance Festival at Jackson’s Mill every year since she was 10. This past summer she attended the WVU Summer Dance Academy which she was taught by many amazing choreographers. At Morgantown Dance she has been in many of the winter and spring productions including, The Wizard of Oz, Snow Queen, The Jazz Nutcracker, and more. This year she will be in the Nutcracker has an Ice Princess, Flower, Snow, and Lead Spanish. 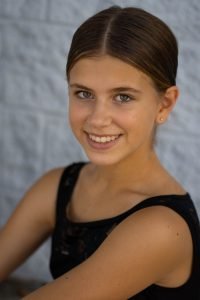 Helen Sizer is a fourteen year old 8th grader at Mountaineer Middle School where she maintains a 4.0 GPA. She has been dancing for eleven years. Helen has danced at Morgantown dance studio for eight years and has enjoyed participating in many MDS productions. Her favorite roles include Snow White’s Best Friend (Snow White), Fritz (Nutcracker), and The Lead Elf in the Jazz Nutcracker. This is Helen’s third year with the Morgantown Ballet Company. Helen has had the privilege of attending Point Park University’s Summer Intensive and WVU’s Summer Dance Academy for continued training. She has attended Dance WV at Jackson’s Mill for four years and has trained under many amazing choreographers and instructors. Helen is very excited to be a part of such an incredible group of dancers and looks forward to the rest of the year! 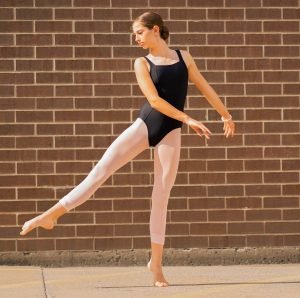 Sophia Elizabeth Lehosit is a 13-year old, 8th grader at Mountaineer Middle School, where she is majorette and member of the MMS Softball team.  Sophia has enjoyed progressing her dance skills at MDS the past 4 years. She’s in her first year as a Company apprentice, but participates in Ballet, Pointe, Modern and Tap classes as well.  Sophia is also a member of a local travel softball team and takes pride in working hard to excel in both.  Sophia is looking forward to the Company experience!