We are pleased to announce the long awaited return of the Nutcracker to the MET Theater on Saturday, December 4th!!
Show times are 1:30 pm and 6:30 pm.
Tickets are available at:
https://dancestudio-pro.com/tickets/nwvdc
Meet the Sugar Plum Fairy & her Cavaliere!
We are honored to welcome Guest Artists Jessica McCann and Yoshiaki Nakano from Pittsburgh Ballet Theater to dance the roles of Sugar Plum Fairy and her Cavaliere. 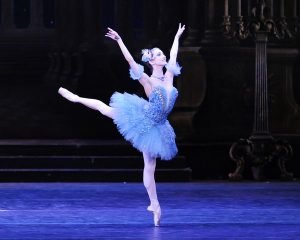 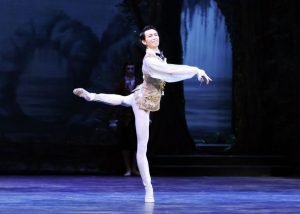 A native of Osaka, Japan, Yoshiaki Nakano received his early training at the Elite Ballet Studio in Osaka and went on to train at San Francisco Ballet School. He Joined Pittsburgh Ballet Theatre in 2010, and Dance Magazine named Nakano among its top 25 Dancers to Watch in 2013. He was promoted to Principal in 2014. He has performed countless lead role from full-length ballets to world-renowned contemporary ballets.

Dancing the coveted lead role of “Clara” will be nine-year old Grace Jenkins. Grace is the daughter of Janna and Jared Jenkins. She is a fourth-grade honor student at Trinity Christian School. Grace attends Goshen Baptist Church, where she enjoys being a special music soloist. In addition to dancing and singing, she enjoys crafting, baking, swimming, and spending time with family. Her love for dance was apparent after she began attending Morgantown Dance’s Grown Up & Me class seven years ago. Grace enjoys all genres of dance and is currently enrolled in tap, acro, and ballet. She has served as a cast member in various Morgantown Dance productions including Alice in Wonderland, The Jazz Nutcracker, and Snow White. Grace says she has loved all things Nutcracker for as long as she can remember and cites being cast in the role of Clara as a dream come true!